American actress Sarah Jessica Parker, famous thanks to her interpretation of Carrie Bradshaw, a journalist from New-York City who is crazy about shopping, imposed herself as a fashion leader. The it-girl chose several times to wear some pieces created by the Parisian bridal designer. Indeed, in 2014, the actress chose twice Delphine Manivet’s outfits, a first time in November for the Jingle Ball in New-York and a second time for the Fashion Footwear Association of New York Awards. 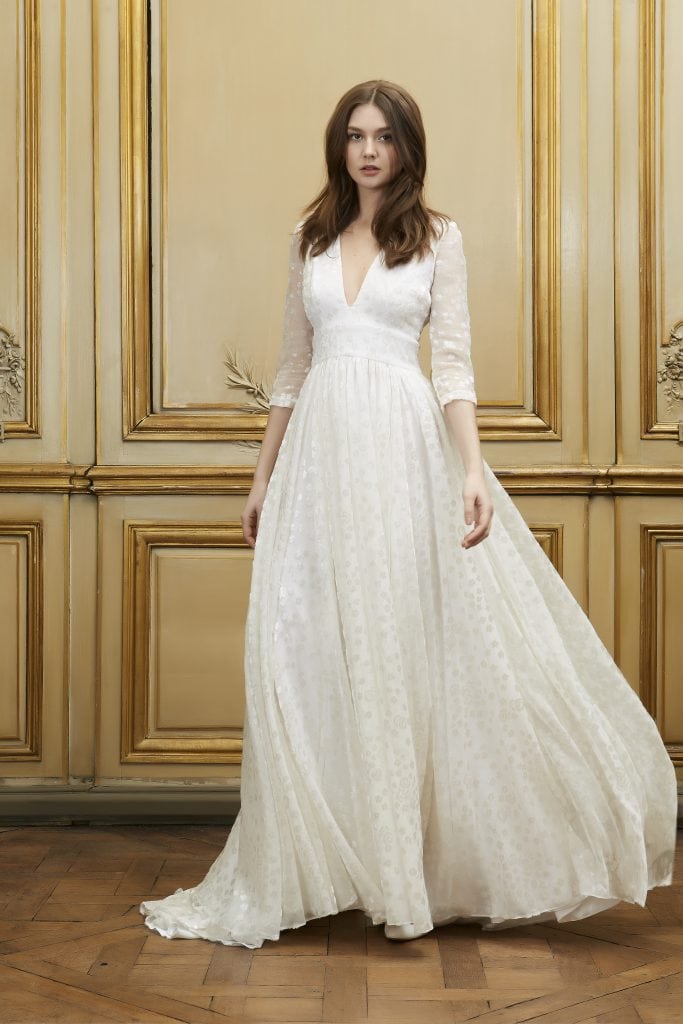 On the Jingle Ball‘s red carpet, Sarah Jessica Parker is wearing the bridal dress Ozgur adjusted for the occasion with a shortened cut and some lace added around the neckline. These slight modifications allow to create another style et to go from a wedding outfit to a more casual look, appropriate for this musical event. This light dress, made in silk velvet looks romantic and really feminine.

The New-Yorker chose a  quite different dress for the Fashion Footwear Association of New York Awards. She shows a modern and audacious silhouette thanks to the Marius dress. Initially created in ivory for the bridal collection 2016, then declined in black for the couture collection, this crinoline dress is made in silk crepe and gazar. These fabrics feature a perfect volume, accentuated by a transparent effect made of nude tulle strips between the velvet top and the skirt. Since, the Parisian bridal designer Delphine Manivet launched her ready-to-wear collection with cocktail & party dresses to discover on the brand’s website. Hoping that Sarah Jessica Parker may like these new styles !